Yakutsk: The Coldest City on Earth. Impressions of a Swiss Photographer

Yakutsk, a remote city in Eastern Siberia along the Lena River, is the coldest city in the world. Located 1840 km away from Irkoustk and 5000 km away from Moscow, this city founded in 1632 by the Cossacks imposes upon its inhabitants an extreme way of life. And yet, despite particularly harsh conditions, Yakutsk boasts a population of 270,000, or a quarter of the entire population of Siberia. No other place on the planet experiences the temperature extreme found here: in winter, the temperatures regularly fall to minus 40° (the coldest temperature recorded was -64°C) and in summer often reaches temperatures above 30°C. 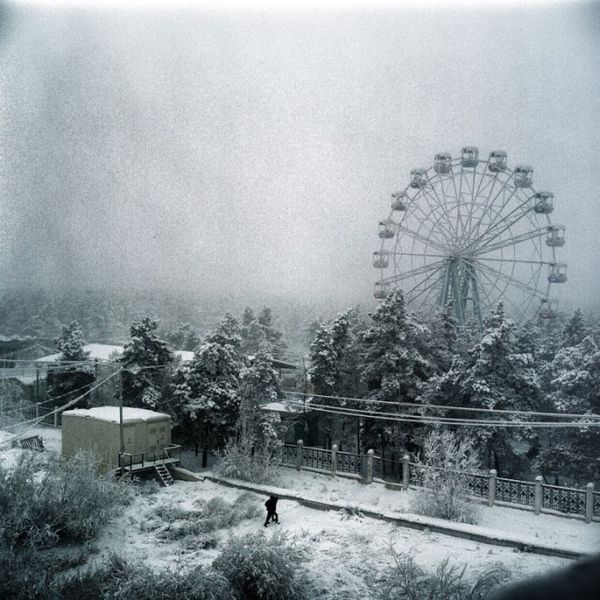 On my arrival at the Yakutsk airport, I feel scrutinized — not because of my physical appearance but, I suppose, because people want to see how the only ‘tourist’ is dressed to face a type of cold that only people from this part of the world confront almost every day. 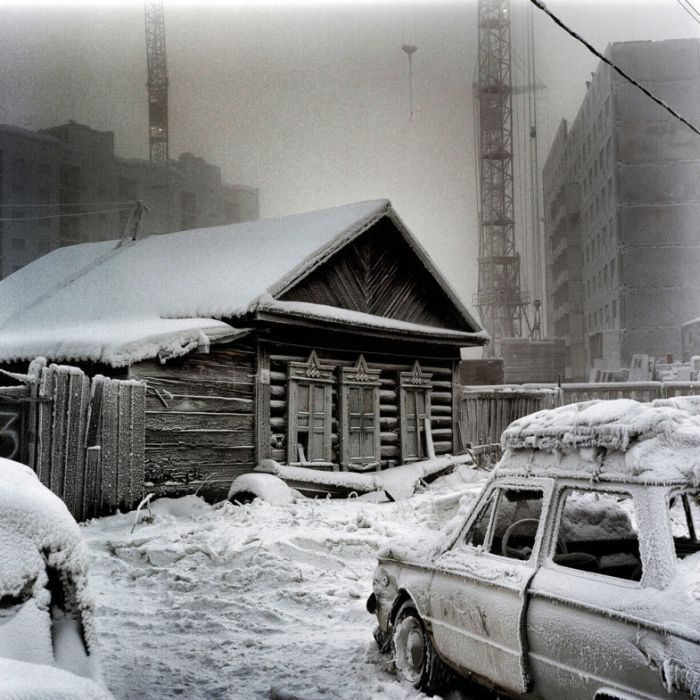 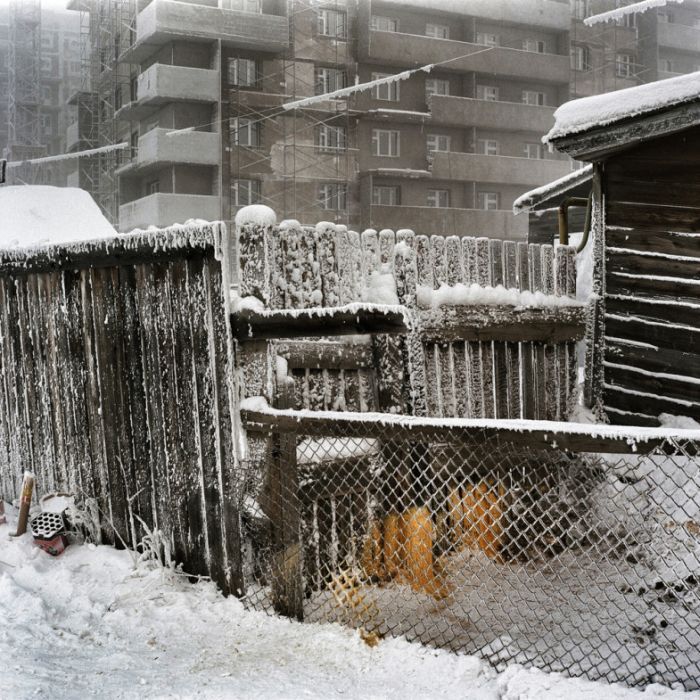 The daughter of my host, who came to pick me up, starts by asking me if I have a hat and a pair of gloves. She is more worried than I am about my prospects, which doesn’t put my mind at ease.

Once outside, I viscerally and immediately understand her concern: this is not a cold for playing in, but to be protected from. 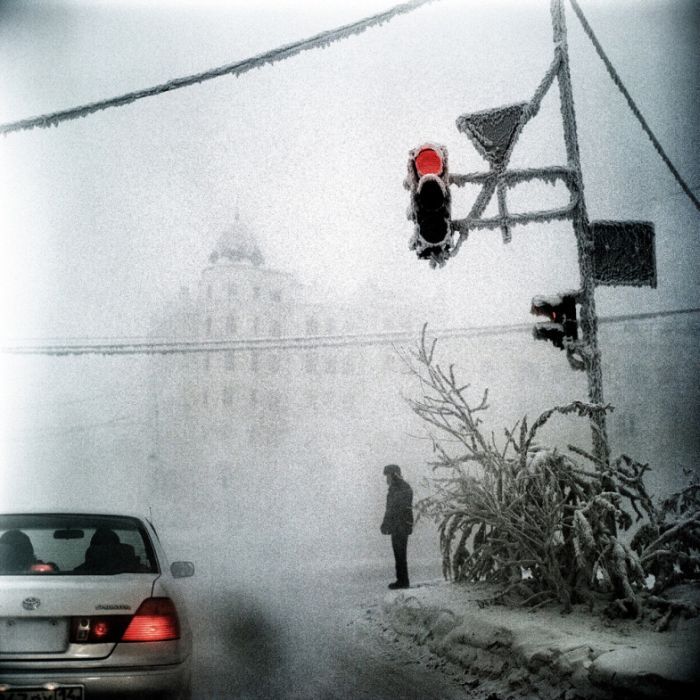 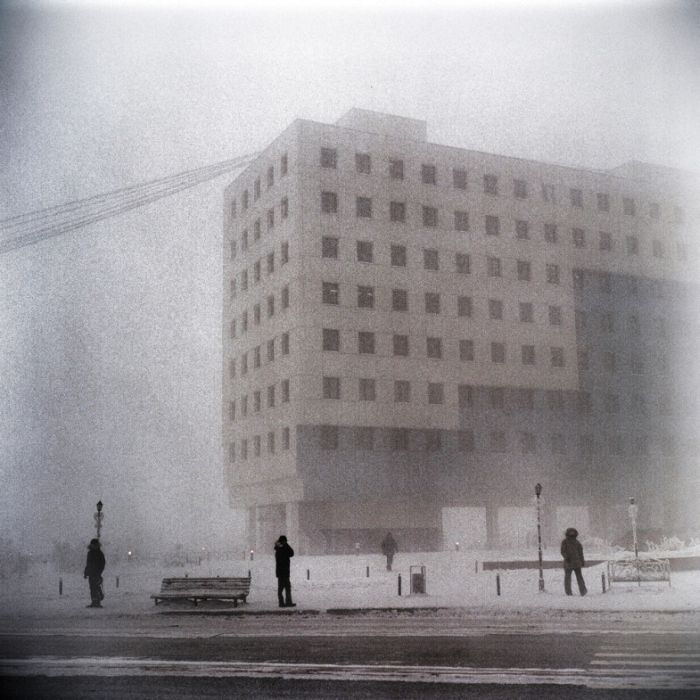 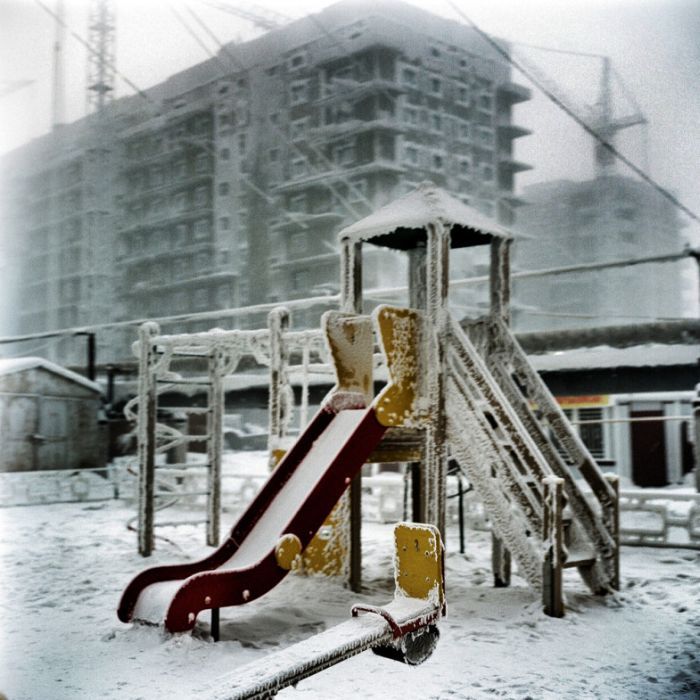 Often engulfed in an oppressive blanket of freezing fog that restricts visibility to no more than 20 or 30 feet, Yakutsk is an important center for the extraction of diamonds, supplying a fifth of the world’s production of the precious mineral. The city is also home to an important food industry, to tanneries, to sawmills, to building-material factories and to the Yakutsk Permafrost Institute, which investigates solutions to the serious and costly problems associated with the construction of buildings on frozen soil. (The soil beneath Yakutsk is constantly frozen, making the construction of large buildings especially complex and hazardous.) 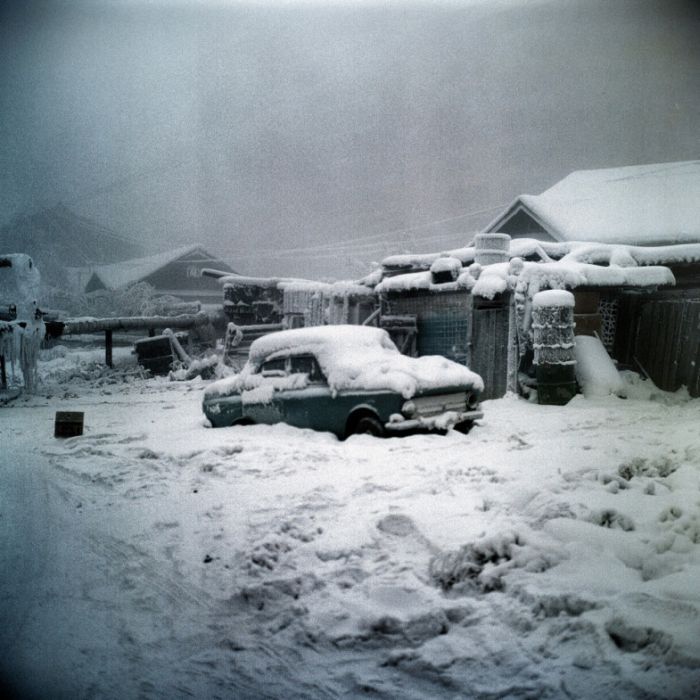 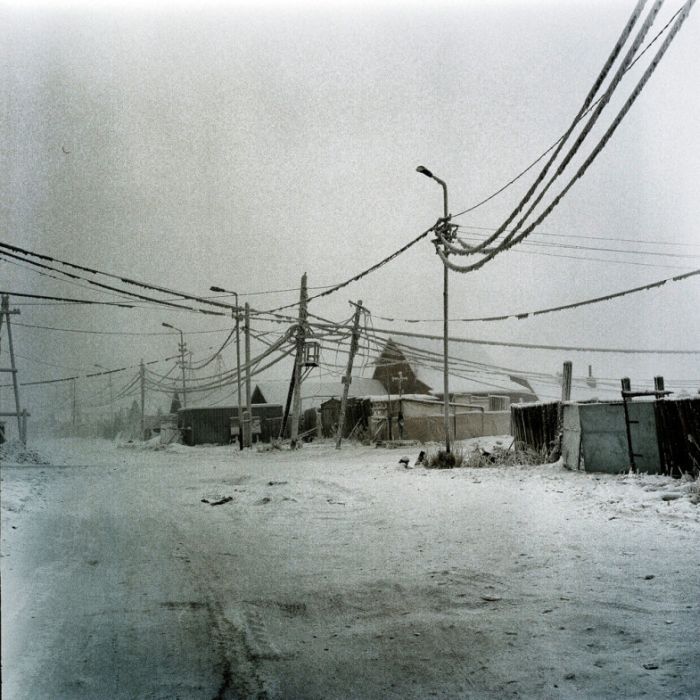 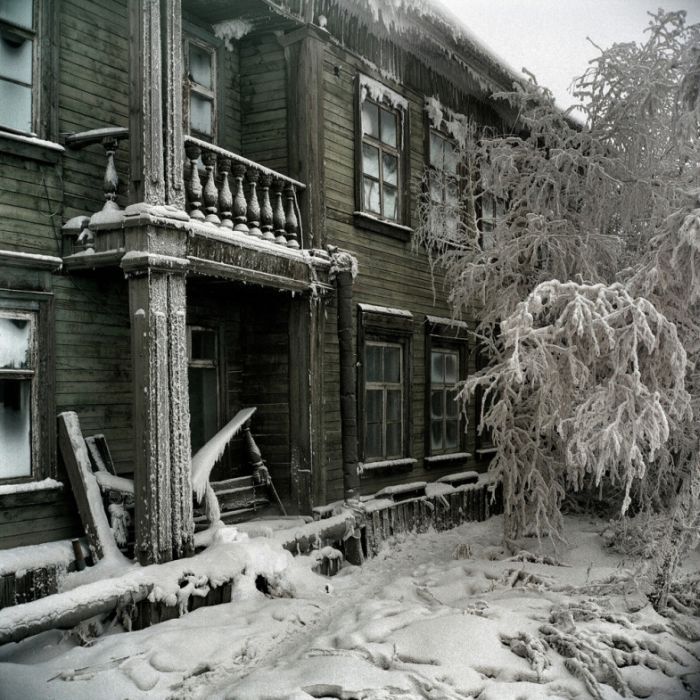 I quickly discover that making pictures here involves unusual risks, and my gear and fingers are the first victims. In less than a minute, I can’t feel my index finger. It only takes 10 minutes before my camera, a Rollei binocular, gets blocked, totally frozen, and turns white with a layer of frost. The omnipresent fog hides all landmarks and one can easily get lost. How on earth can anyone discern between one anonymous, white-blanketed street and another? 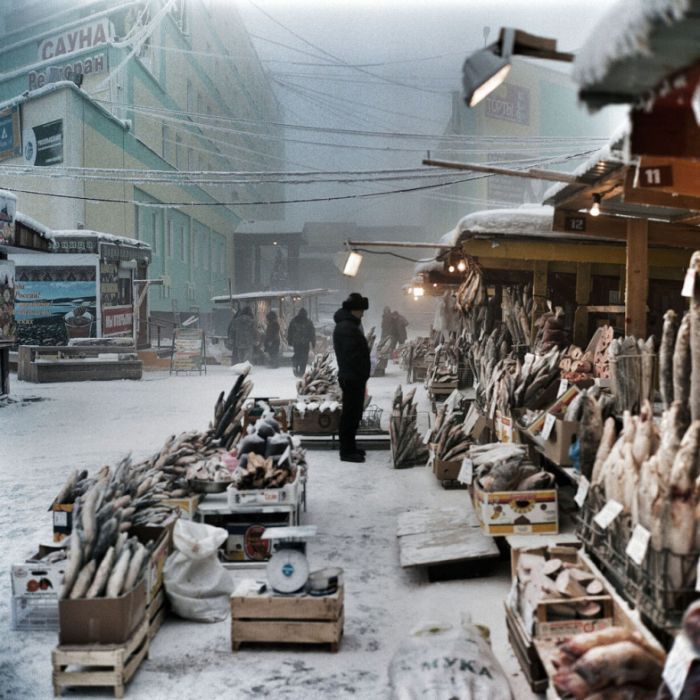 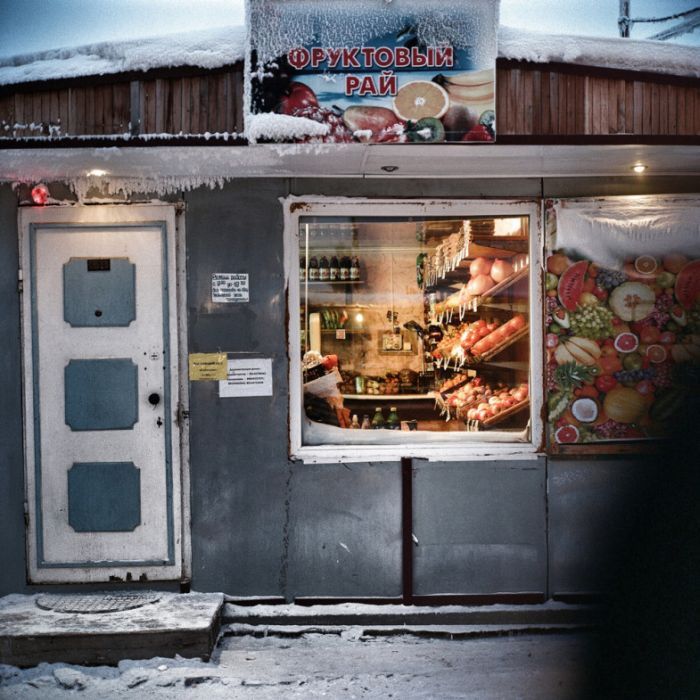 Absolutely everything here seems comprised of endless ice and snow, raising the question of what sort of extremes — of emotion, activity, desperation — can such an environment generate in the people who endure it. 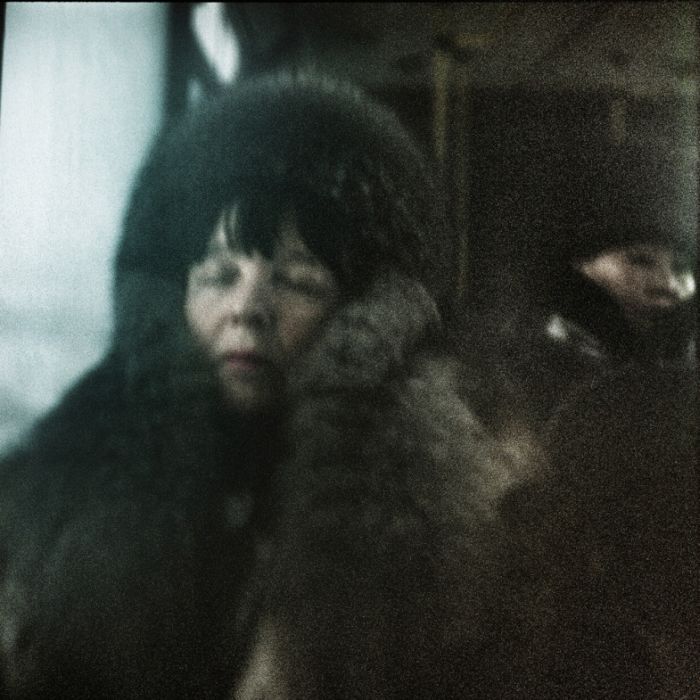 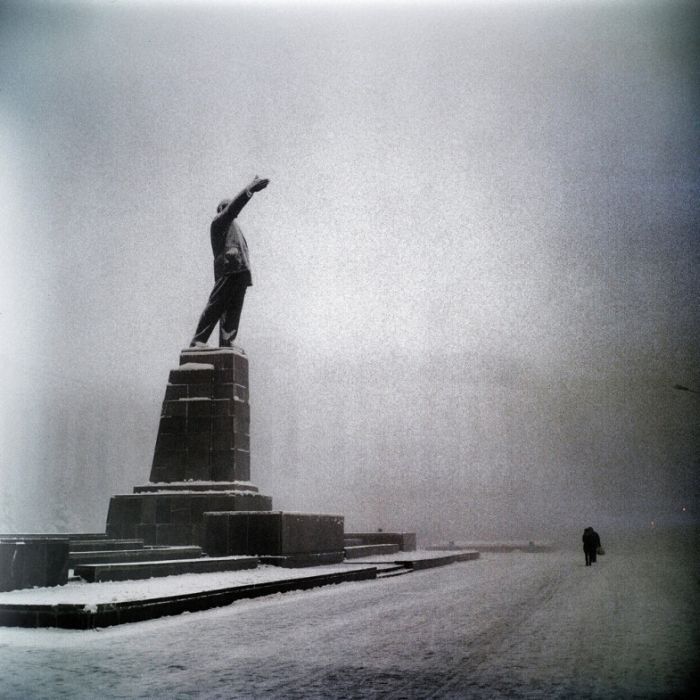 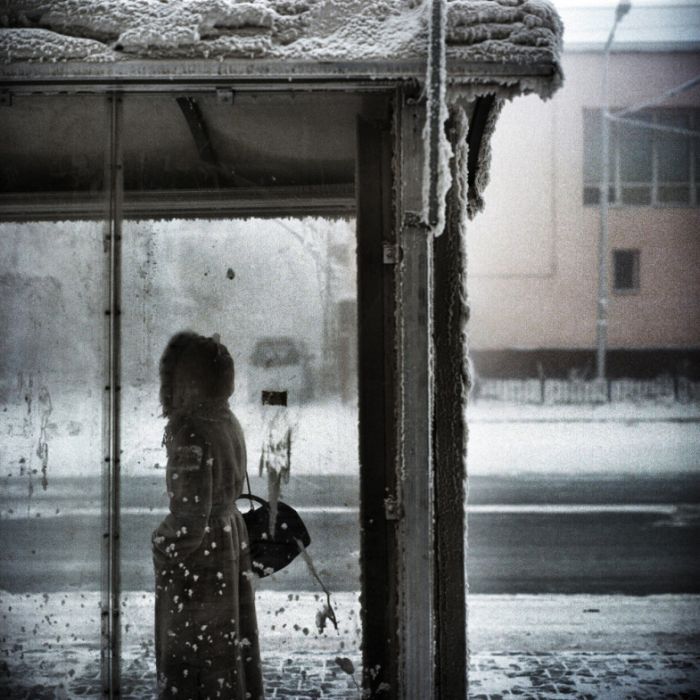 Steeve Iuncker is a photographer based in Switzerland.