The Far North is a limitless space with pure air, roads and rivers stretching beyond the horizon, polar nights, polar days and, of course, the aurora borealis. Salekhard, Labytnangi and Khanty-Mansiysk are three towns where the New Year holidays promise to be unforgettable. 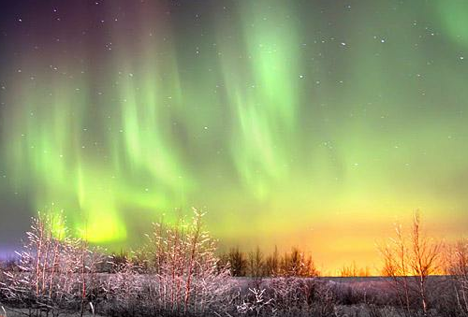 Spending a holiday season in the Russia's Far North is once of-a-lifetime experience. Source: Shutterstock/Legion-Media

Salekhard: spend the night on the Arctic Circle

Ancient Salekhard is the only town on Earth to be located on the Arctic Circle (at the latitude of 66° 33′ 44″). It is also the capital of the biggest gas extraction area in the world, the Yamalo-Nenetsky Autonomous Area. The native inhabitants, Nentsy and Khanty, still reside in tents and live off of fishing, hunting and by selling hand-made products. 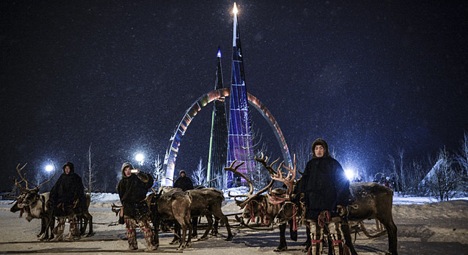 During the New Year period adventurers from all corners of Russia, and even from abroad, gather in Salekhard for the holidays. There are huge Christmas trees here, as well as fireworks, ice sculptures and reindeer sleigh rides.

Upon arrival head to the 66th parallel monument. It is a huge arch that shines through the dark days of winter and symbolizes Salekhard’s unique geographic position.

Many spend New Year’s Eve on an unusual 100-meter bridge called “Fakel” (torch) that crosses the Shaytanka River. It is built in the shape of a gigantic torch and even has a three-story restaurant.

The Shemanovsky Museum Complex is one of Siberia’s oldest exhibition centers and holds rich ethnographic collections dedicated to the peoples of the North. At the entrance to Salekhard airport there is also an open-air museum of aviation equipment used in “conquering” the North. Several archaeological sites including the sanctuary of Ust-Poluysk, a former sacrificial alter, and the ancient Obdor fortress, a former settlement of craftspeople, are known around the world. 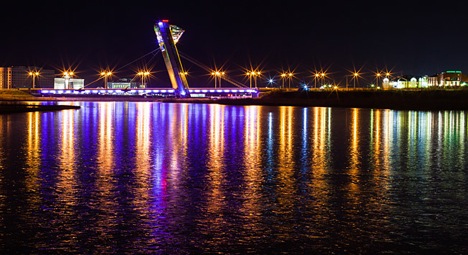 Of course, it is also possible to go skiing on the Arctic Circle. The Northern and Polar Urals are fantastic locations for communing with nature as much of it is untouched by man.

Buy some mammoth bones in Labytnangi

Labytnangi is a small Yamal town slightly north of the Arctic Circle at the edge of the Urals on the Ob River. Located just 17 kilometers from Salekhard on the opposite bank of the Ob, Labytnangi is a base for geologists and oil workers. In Khanty language its name means “seven larches.” 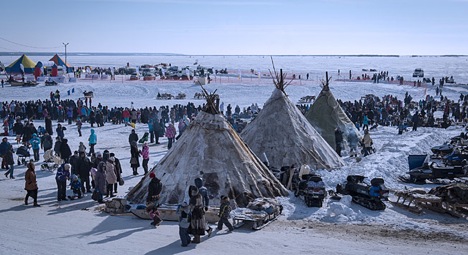 From here the Polar Ural Range is easily visible. Apart from the extraordinary nature, check out its unique railway station built to resemble part of the Arctic Circle. Nearby at the Oktyabrsky ski complex it is possible to rent skis or a snowboard and go sledding or tubing on the steep hills. Another option is to ride a sled pulled by reindeer and visit a Khanty settlement and taste their cuisine. On the outskirts of town there are many trails for walking and cross-country skiing. The local hotel is equipped with a pool and sauna. 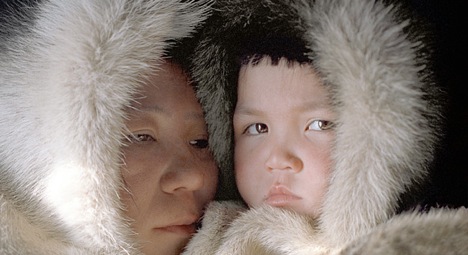 Roughly 35 kilometers from Labytnangi is the village of Gornoknyazevsk, known for its nature preserve and ethnographic displays. Here you can learn more about the Khanty people, visit their dwellings, taste their food and try on clothes made of reindeer fur. Souvenirs include objects made of reindeer, walrus and even mammoth skin, fur and bones.

Khanty-Mansiysk, the capital of the Yugra region, is situated on seven hills where the Ob and the Irtysh rivers flow meet. The legacy of oil, along with the culture of the Khanty and the Mansi peoples, combine to form something uniquely Siberian. 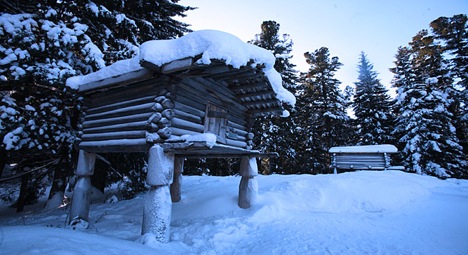 In the New Year period locals love organizing competitions such as snow paintball or races in “valenki” (felt boots) with prizes awarded by “Ded Moroz” (Santa Claus). Other activities include archery, crossbow shooting, snow-painting and shopping for unique gifts at holiday fairs. Khanty-Mansiysk is becoming known for winter sports and has hosted biathlon championships more than once. All manner of winter sports equipment is available for rental.

Go to the Torum Maa ethnographic park, which features more than 6,000 items related to the life of the native peoples of the region. The park hosts various exhibits including hunting warehouses, smokehouses, a bread oven, a shrine, a sacred shed and seven holy idols. Holidays and ritual ceremonies, such as the “bear’s games” or the “crow’s celebrations” are often celebrated here. 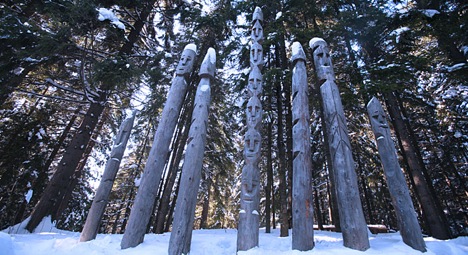 At the city’s Archaeological Park it is possible to experience a day in the life of the Stone Age. Understand our ancestors through the park’s naturalistic sculptures that depict fossilized animals and life-size Paleolithic people, a prehistoric man display and ancient geological monuments.

While in Khanty-Mansiysk make sure to try thinly sliced “muksun” fish and reindeer meat.