Photographer and artist Uldus Bakhtiozina’s photos treat us to her unique vision of Russian fairy tales. She reinterprets them in her photos by focusing on the pagans roots and ethnography of Russ Land.

Her works are thoroughly detailed and immersive, and are based on comprehensive research on and comparison with Euro-Asian mythology. The artist pays special attention to her ambivalent interpretation of the symbolism hidden in legends and myths. The aim of the project is to use photography for telling stories that have been unsaid, rewritten or distorted over many centuries. Each tale contains a lot of hidden messages.

In Russian fairy tales, princesses have the ability to transform into animals like frogs, swans, snakes, etc. Uldus invites her audience to speculate on the ambiguity and dualism of each character in Russian folklore. 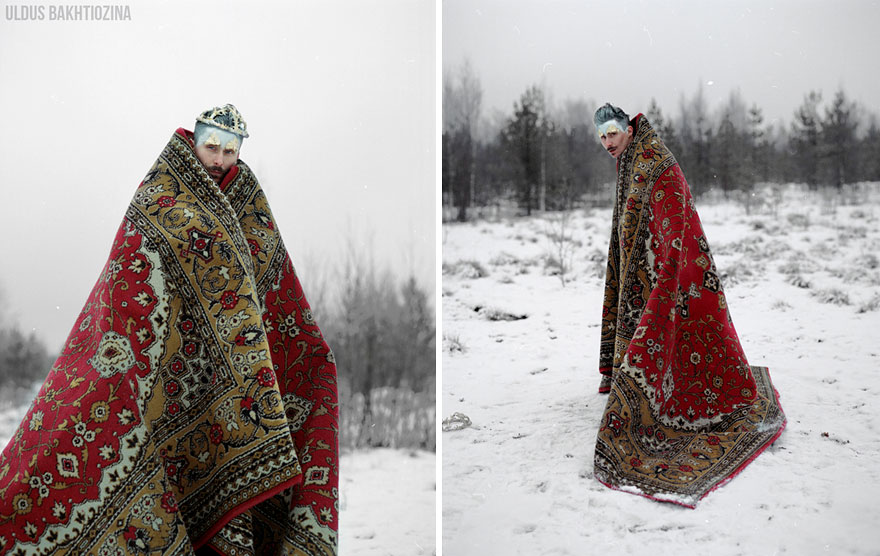 Ivan is the common hero in Russian fairy tales. Normally, his goal is to find something that no one else can. Although, he speaks with animals, flies on carpets, fights with dragons, he’s often called a fool. However, etymologically durak (‘fool’ in English) means “someone who follows the sun”. Unfortunately, the word had gained a negative meaning in Slavic languages. 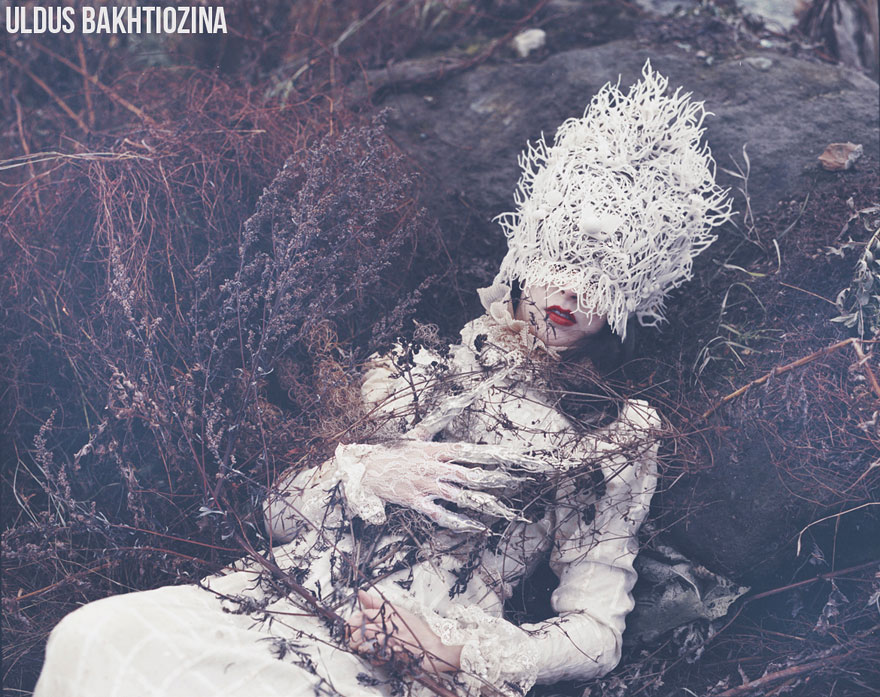 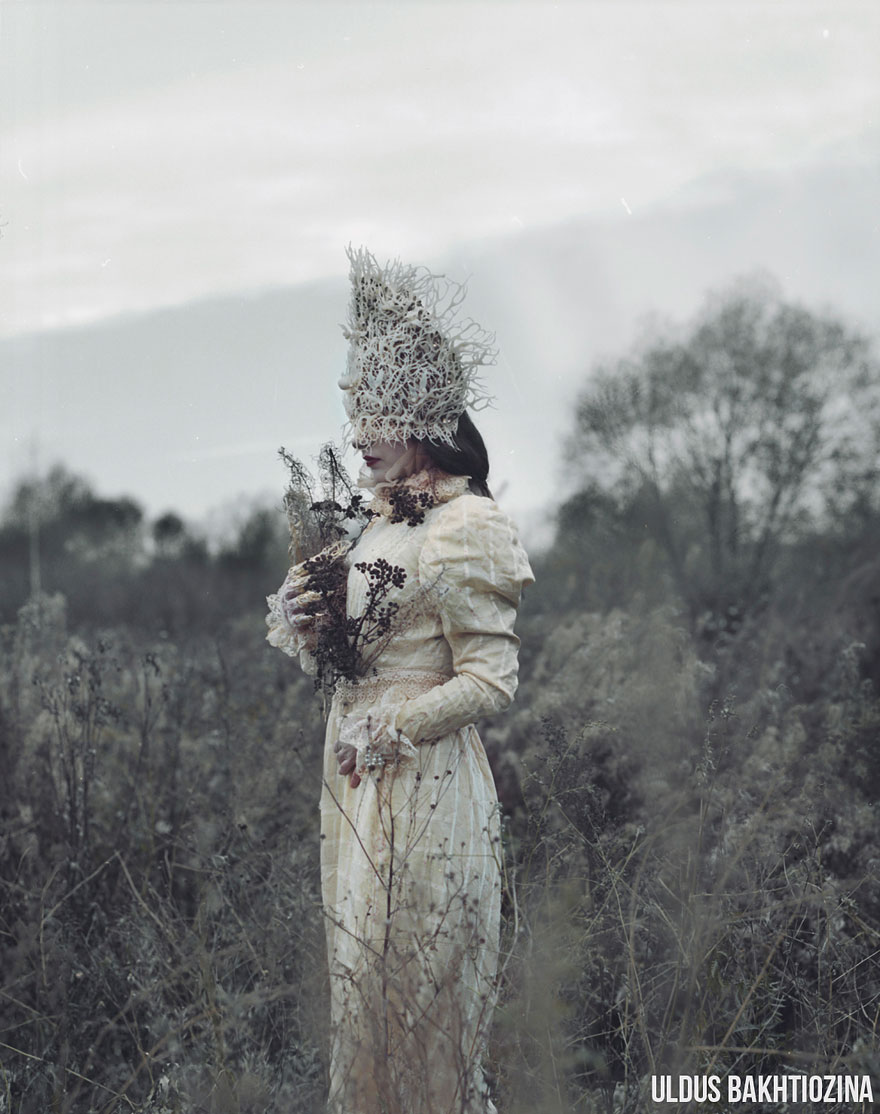 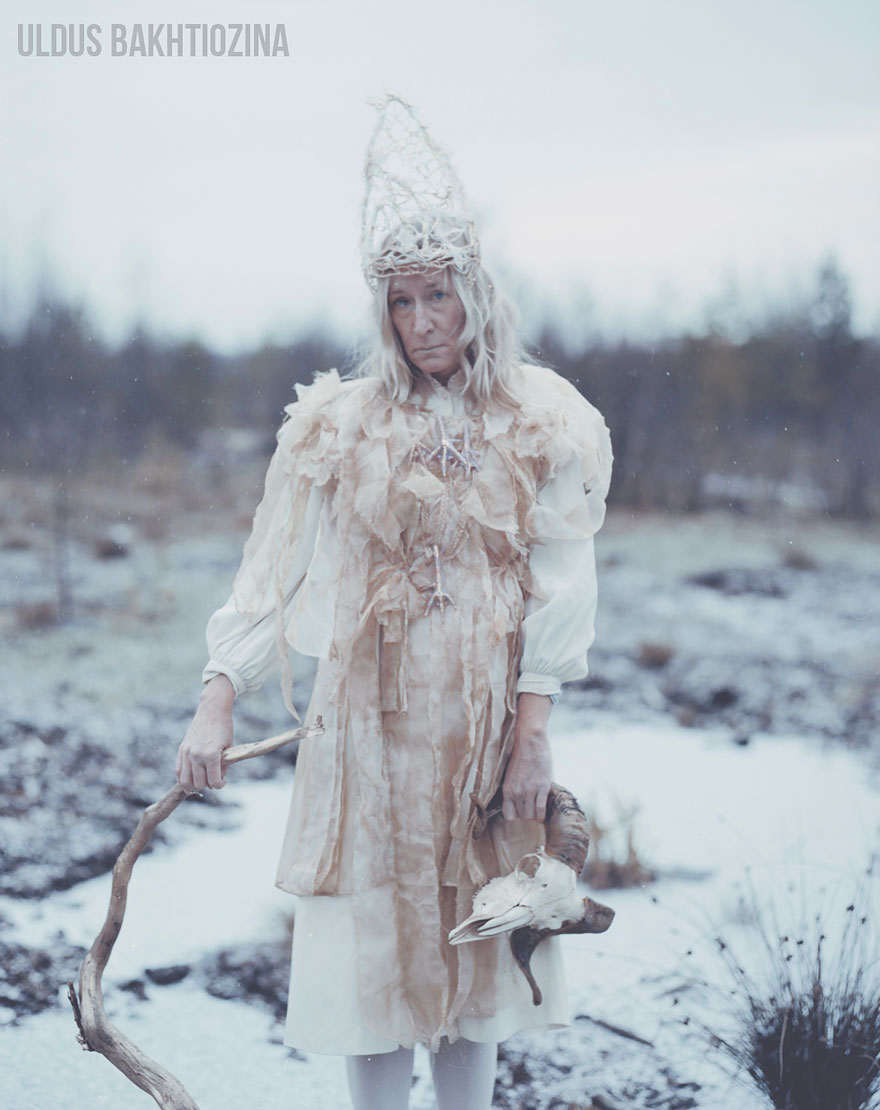 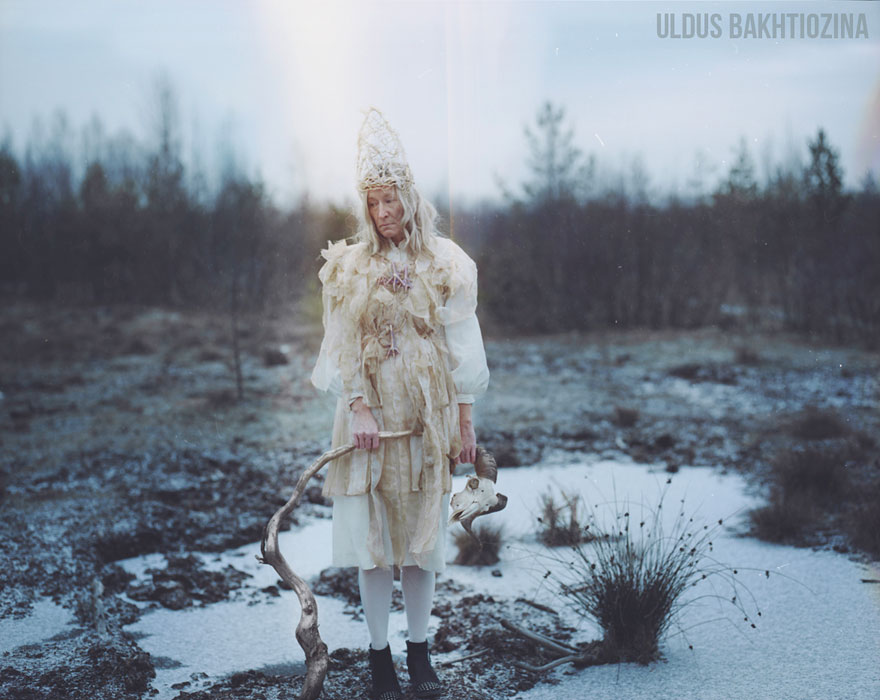 Baba Yaga had been transformed into a bad character in modern Russian fairy tales, although originally she was a strong sorcerer who opened the gate to other world. The name of that world is Three Ninth Kingdom in fairy; the land is covered in kisel shores and milky rivers. 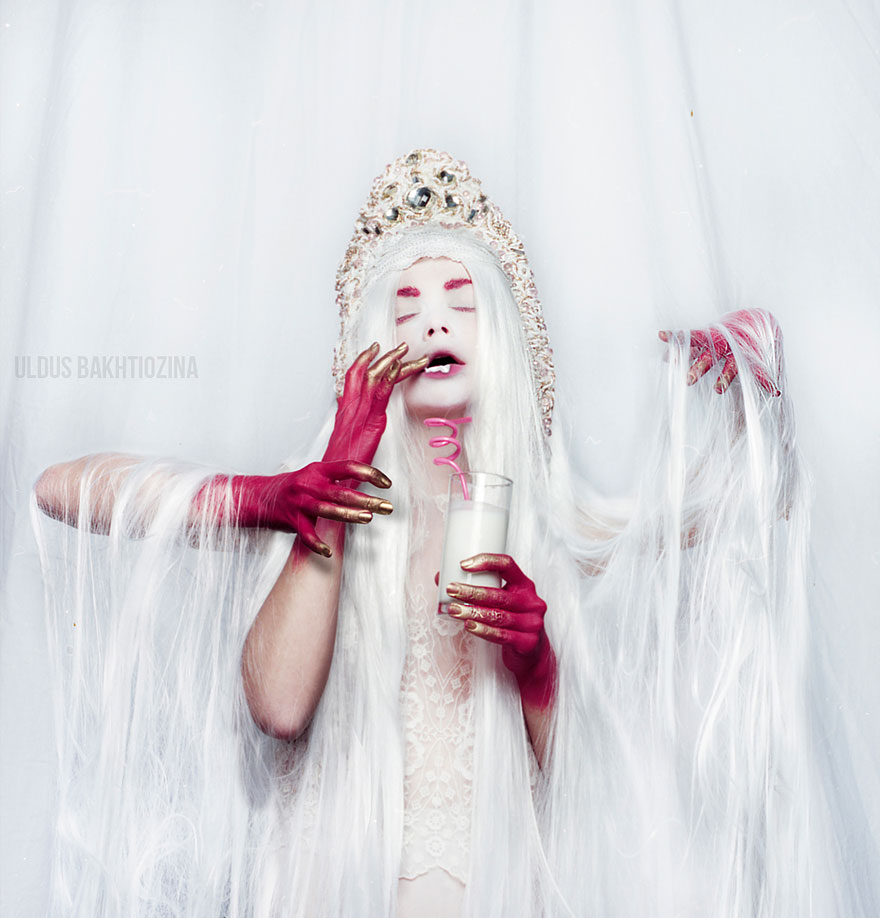 Olenushka and her brother Ivanushka 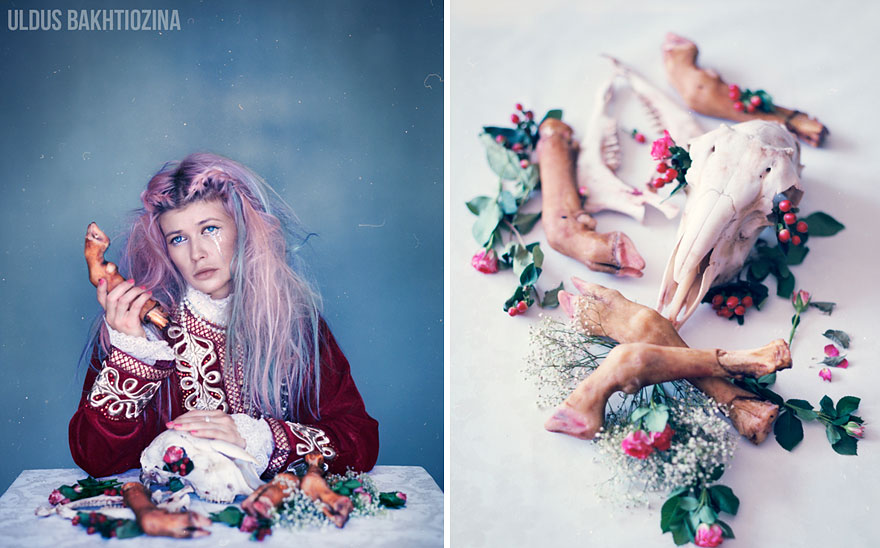 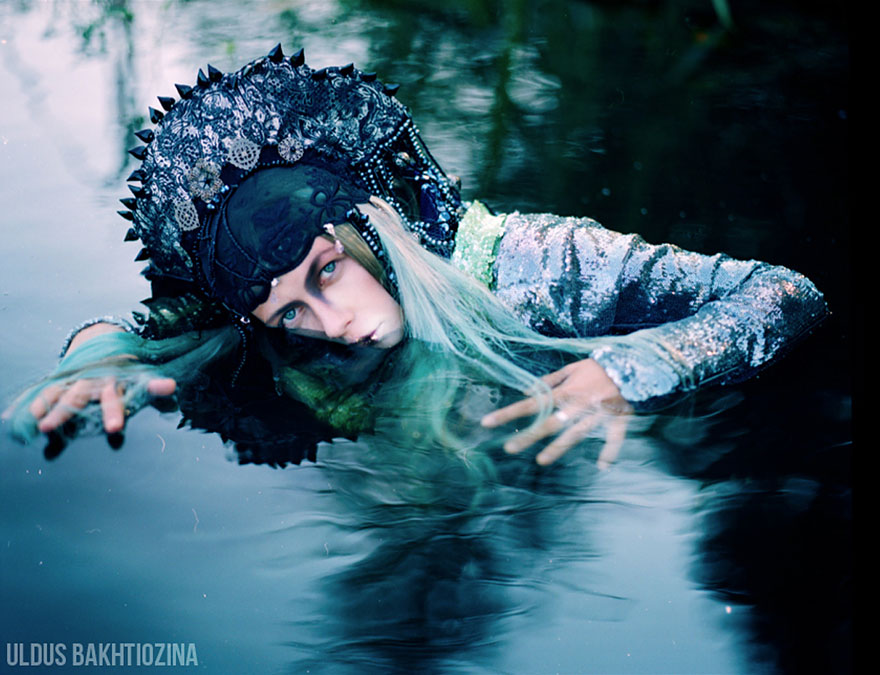 Princess Frog’s story is sad. According to this fairy tale, “kind people” (!) turned a princess into a frog (according to another version, it was her father who did it because she was smarter than him). She was living in the swamps but once she got lucky, the story begins… 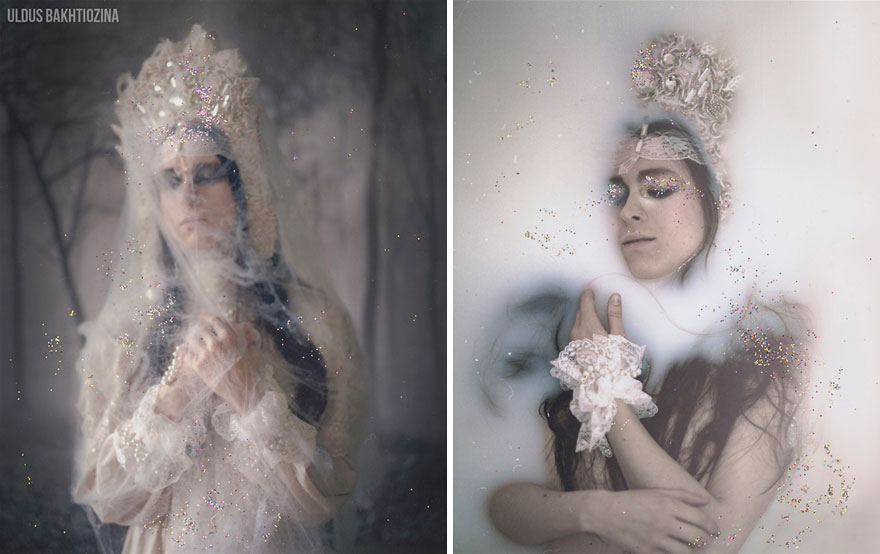 The Seven Knights and the Dead Princess 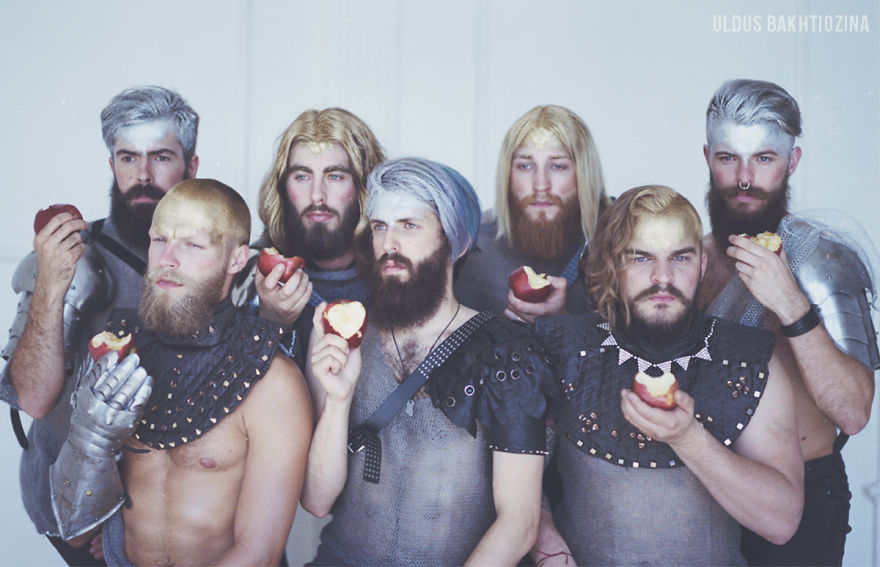 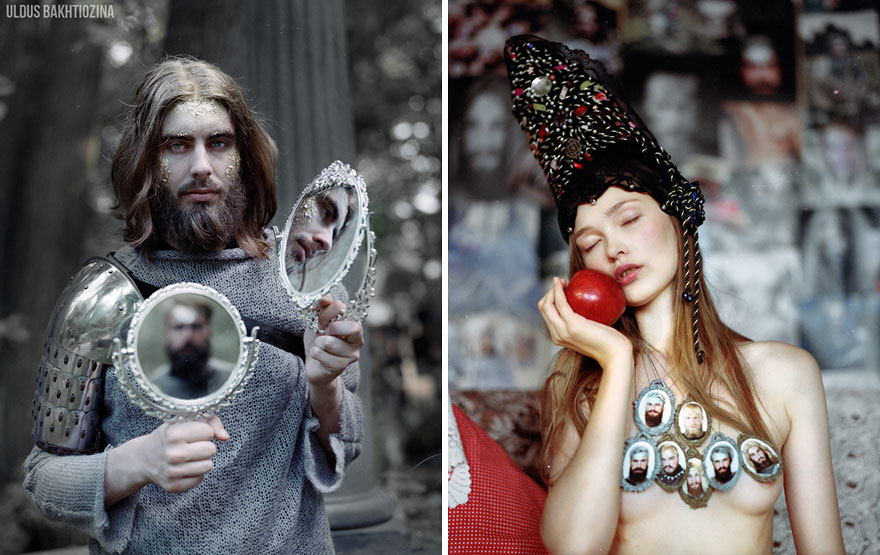 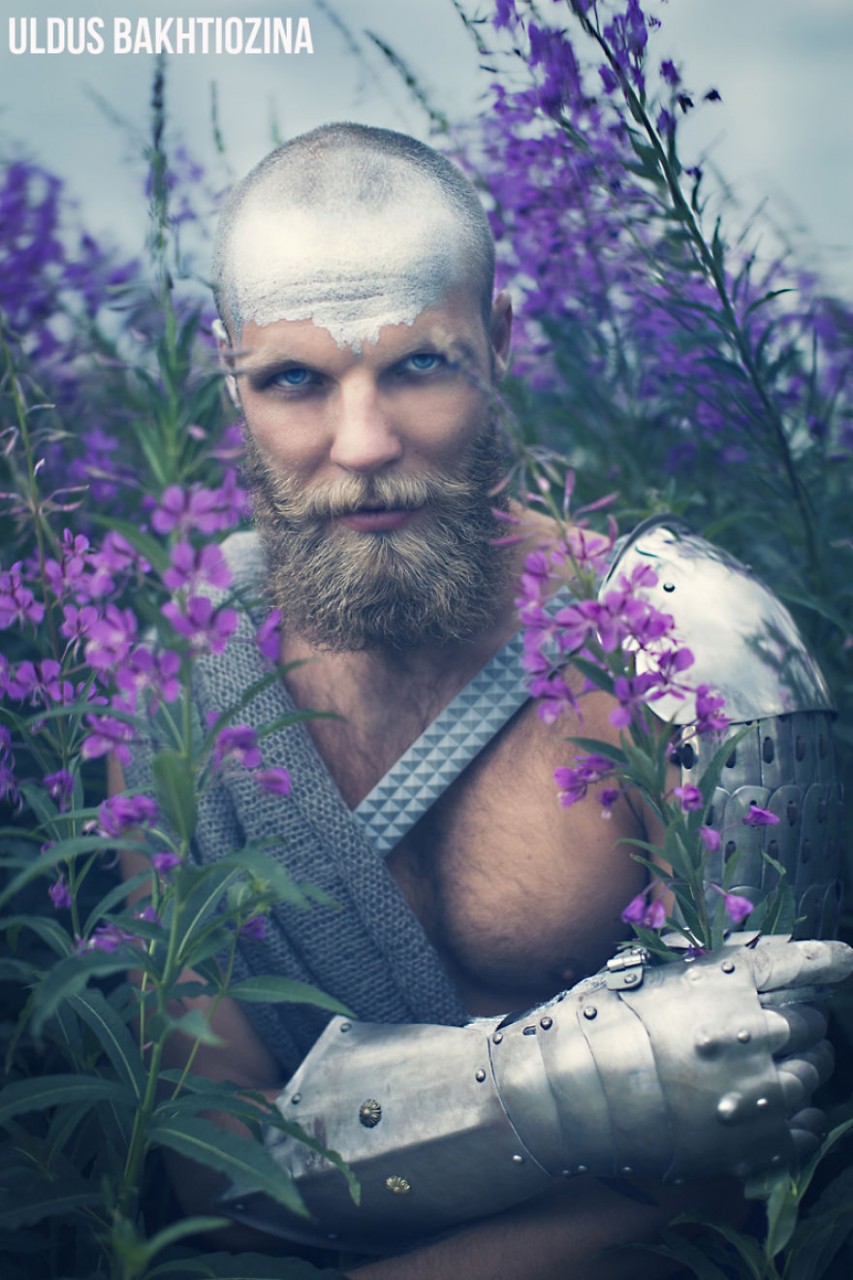 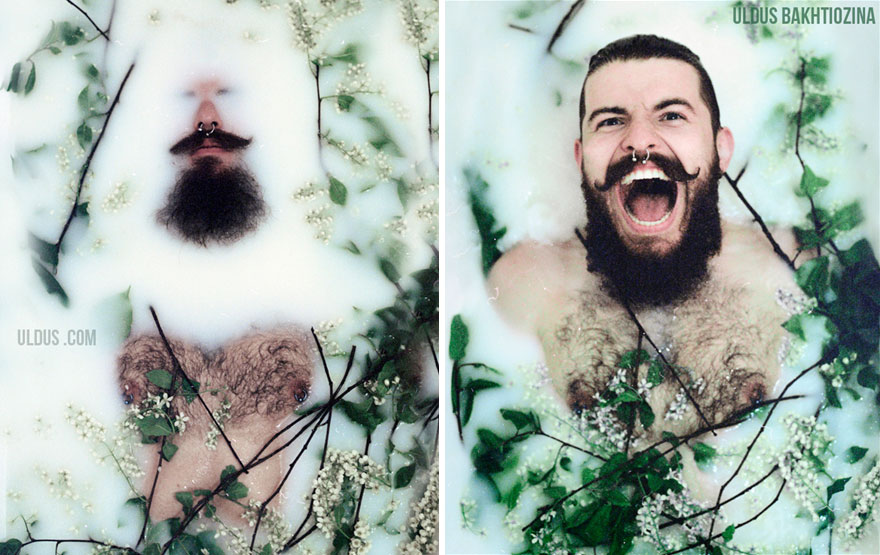 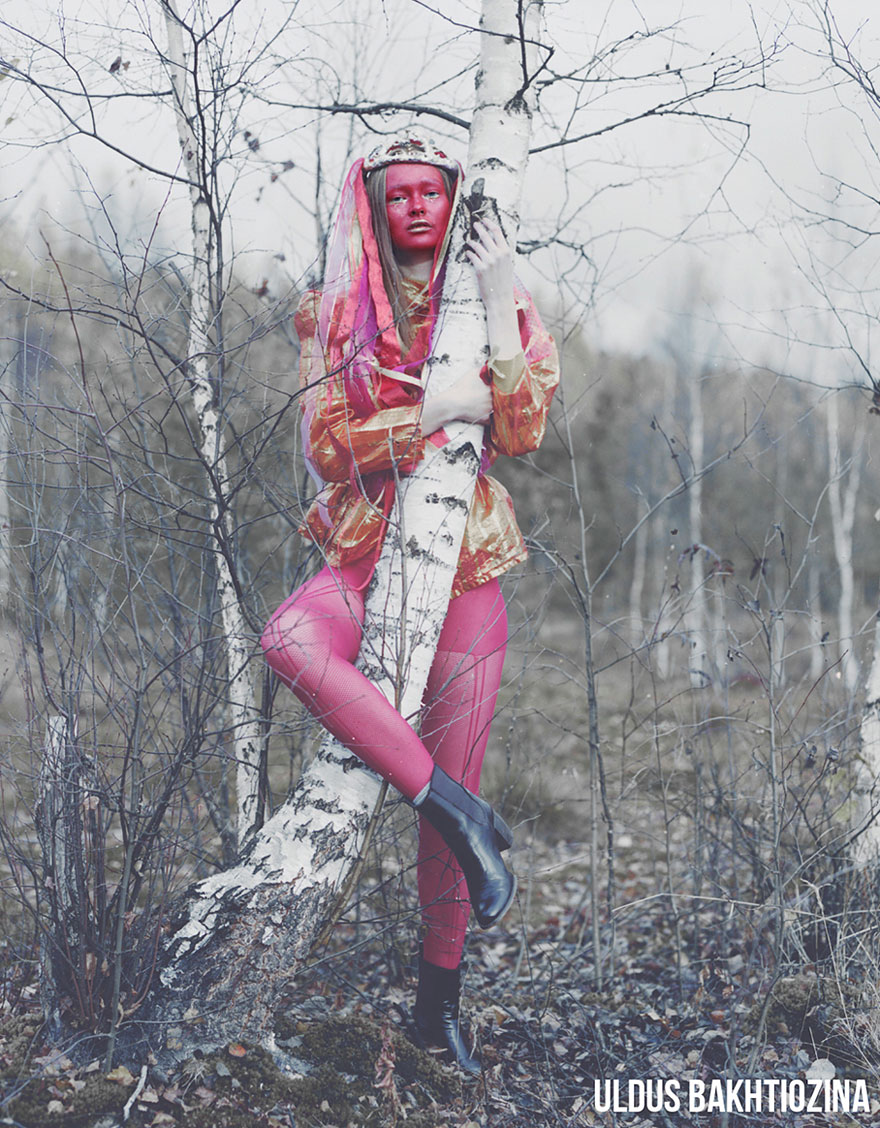 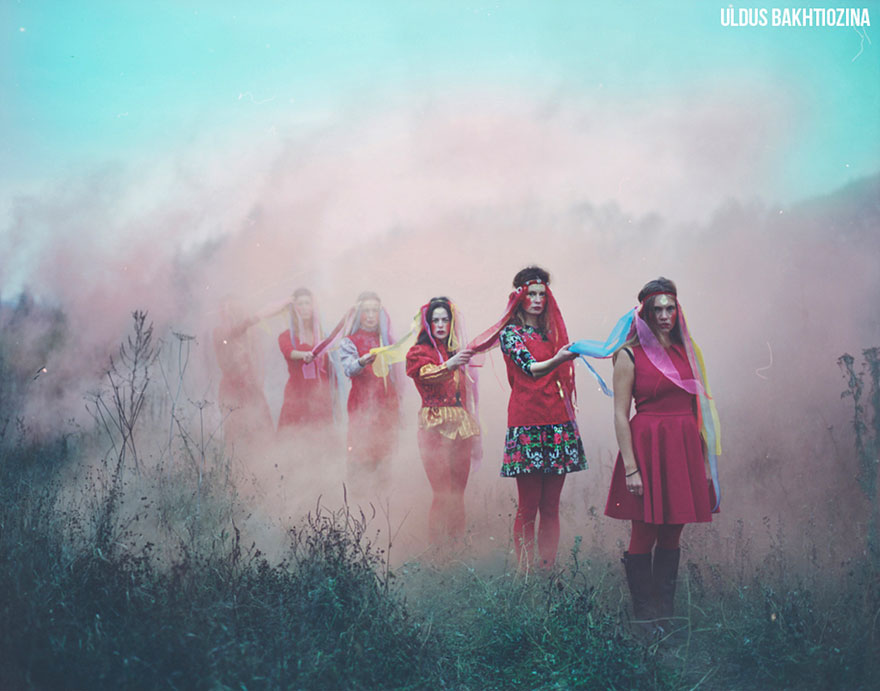 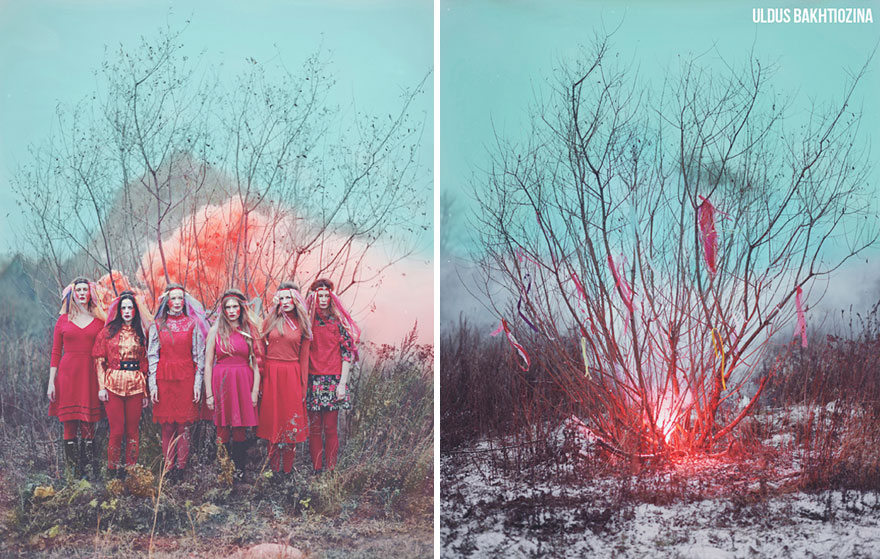 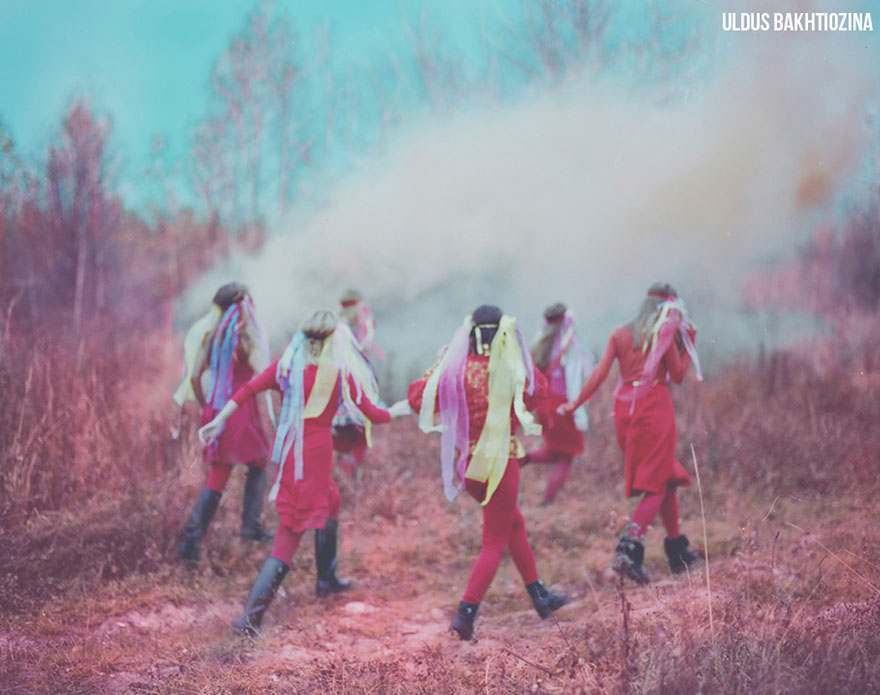 Red beauty (Krasna devica) used to be a name for any young pretty girl in Russian land, though meaning again has nothing to do with the color but with the goddess of modesty and freedom of youth. 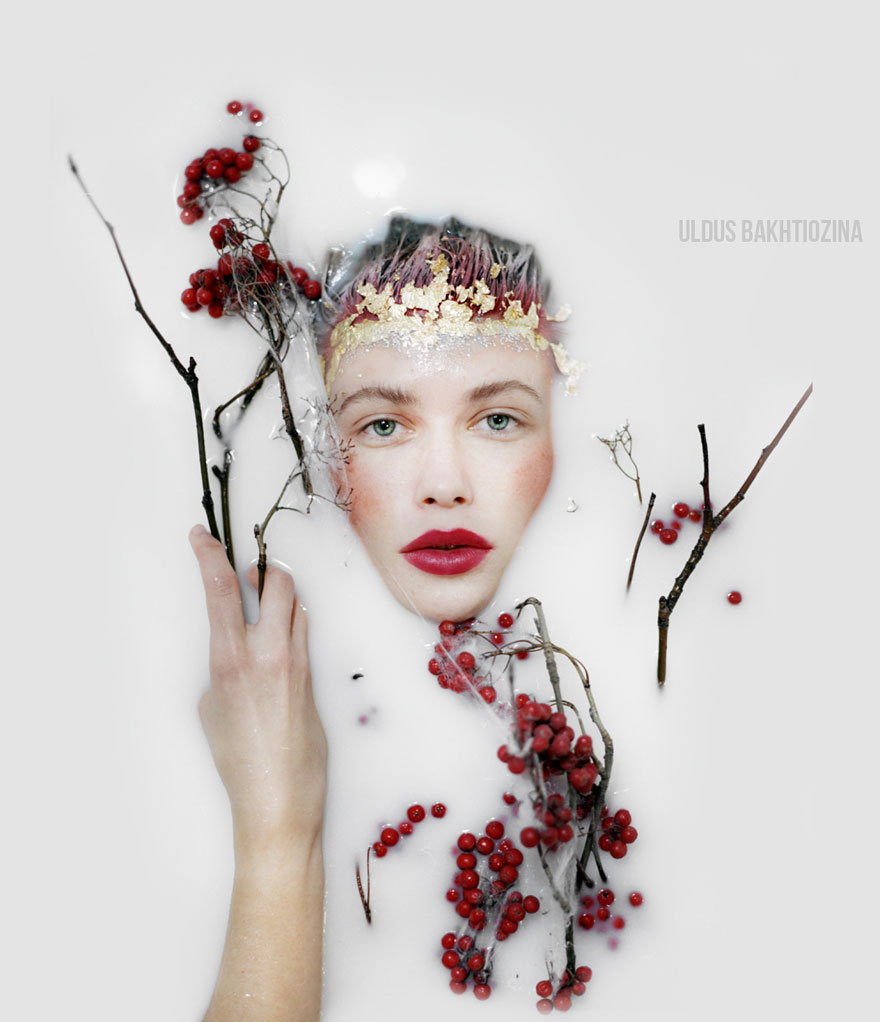