Mount Mordor of Russia: Erupting volcano looks like a scene from The Lord of the Rings

With its fiery river spewing out across a dark, volcanic wasteland, this picture could be straight from the film series The Lord of the Rings.

But rather than a scene depicting the evil land of Mordor, this incredible picture has captured a volcanic eruption so powerful it spewed a lava fountain a kilometre high.

Bearing an uncanny resemblance to the mythical land imagined from the books by J.R.R. Tolkien, this volcano has been erupting in Kamchatka, far eastern Russia. 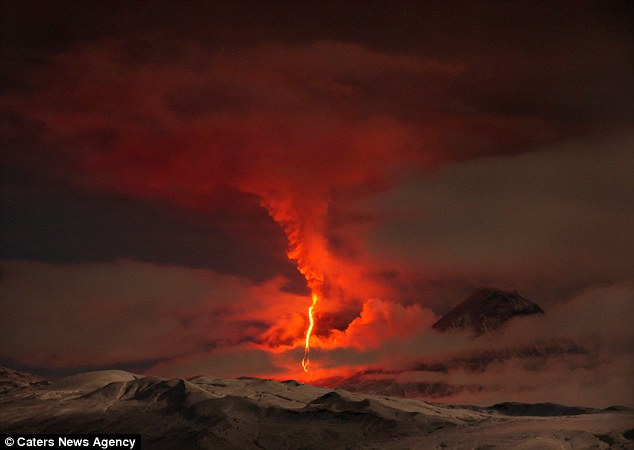 Spewing lava and fire, this scene looks for all the world like the hellish vision of Mordor from The Lord of the Rings. But it's actually a volcanic eruption 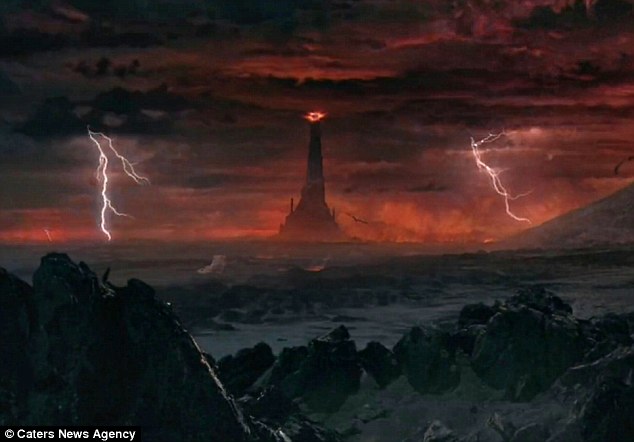 The volcanic scene bears an uncanny likeness to visions of the mythical evil land from the books by J.R.R. Tolkien 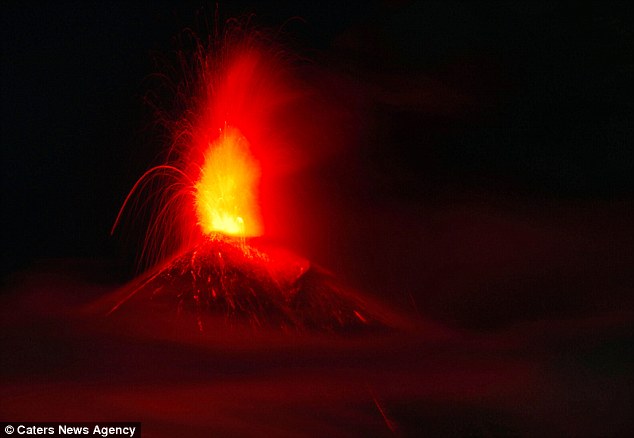 The eruption was so powerful it created a lava fountain one kilometre high in Kamchatka, far eastern Russia, known as the Land of Volcanoes

Known as the 'Land of Volcanoes' Kamchatka - which is more than 5,000 miles from Moscow - is home to 29 active craters.

Last month one of the most active  - Klyuchevskoy  - was pictured by photographer Marc Szeglat.

Mr Szeglat spent 12 days in the fiery region capturing the stunning contrast between the volcanic fury and ice of the first snows of winter.

The author and camera operator, 46, from Germany, said: 'Klyuchevskoy volcano could have been the template for Mordor, if Peter Jackson shot his Film in Kamchatka.I spent 12 days in Russia, we were not able to get very close because of the heavy snowfalls, this picture was taken from around 12km (seven miles) away. 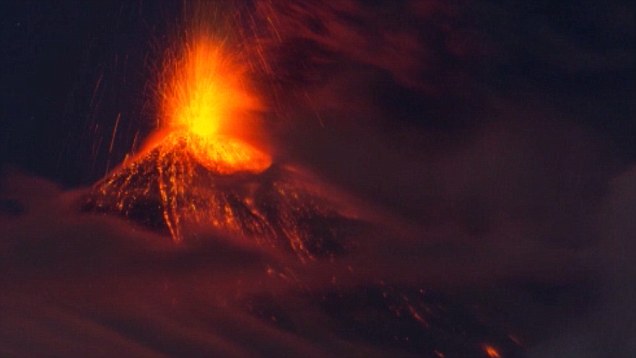 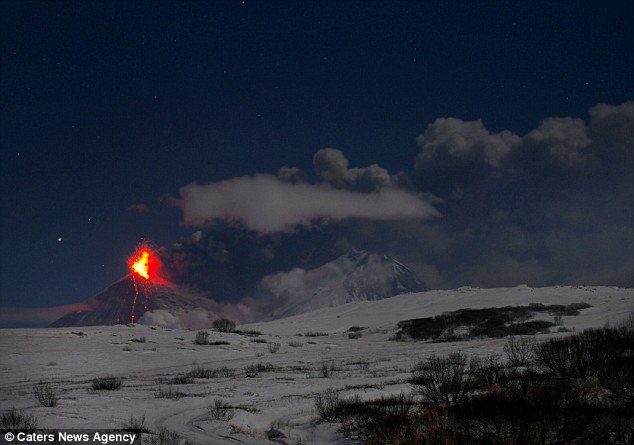 Kamchatka - which is more than 5,000 miles from Moscow - is home to 29 active craters

Photographer Marc Szeglat pictured one of the most active volcanoes, Klyuchevskoy 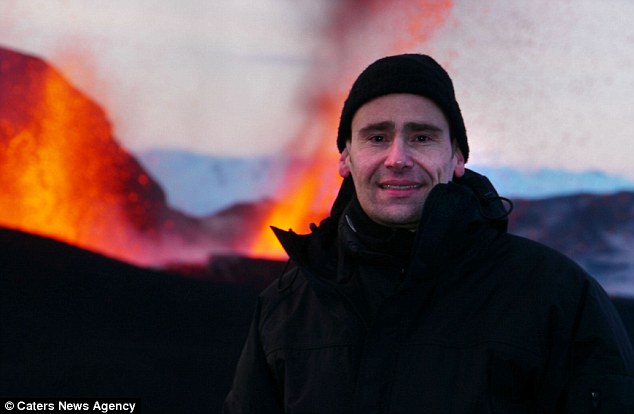 Author and camera operator Marc, 46, from Germany, said: 'Klyuchevskoy volcano could have been the template for Mordor, if Peter Jackson shot his film in Kamchatka'

'I really liked the special light situation during this full moon night and the interaction between the elements of fire and ice.

'I visited the active volcanoes Klyuchevskoy and Sheveluch, the former erupted for the first time in three years.

'During its strongest eruptive phase, lava fountains rose up to 0.6 miles (one kilometre) above the summit dome, and explosions could be heard at a distance of 19 miles or 30 km away.