10 Places you would never believe were in Russia

From the sandy beaches of the Far East, to Swiss-like villages lost in the middle of South Siberia, to German villages on the Baltic Sea coast – it is all still Russia. 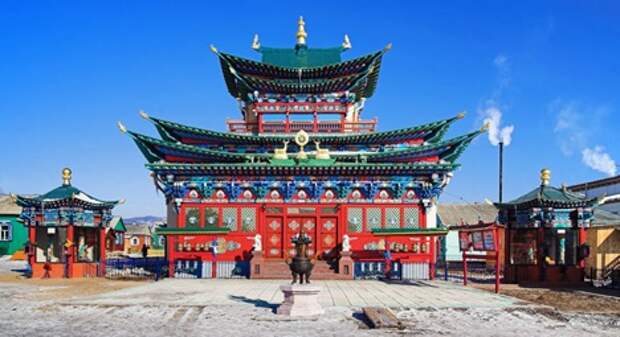 This monastery is situated 100km (62 miles) from Lake Baikal, not far from the City of Ulan-Ude in the Republic of Buryatia. Like the Buddhist population of Russia, it is virtually unknown to the outside world. The monastery is named Ivolginsky Datsan and was built shortly after the end of World War II in 1945. It serves as the residence of the Leader of the Buddhists of Russia, and is comprised of seven different temples and a university where Buddhist lamas are trained to serve in the various newly established temples of Buryatia. Ulan-Ude is not only famous for its Buddhist monastery, but also for the world’s largest bust of Vladimir Lenin. 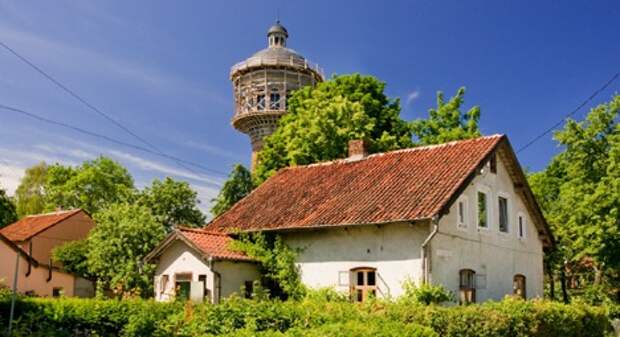 Almost. The town of Zelenogradsk is located in the Russian Baltic enclave of Kaliningrad, originally known as Konigsberg. Founded in 1255 by knights of the Teutonic Order, Konigsberg was home to many German colonists and Teutonic knights, and eventually became the capital of the Duchy of Prussia. Kaliningrad was part of the Third Reich and was taken over by the Soviet Union after World War II.

Today the enclave is home to Germans, Greeks, Armenians, Poles, Russians, and Lithuanians. People who were expelled from the region after it came under Soviet control often return to wander among the old houses, cemeteries, and German castles. Many of the landmarks and towns had different names back then, for example Zelenogradsk was called Cranz. 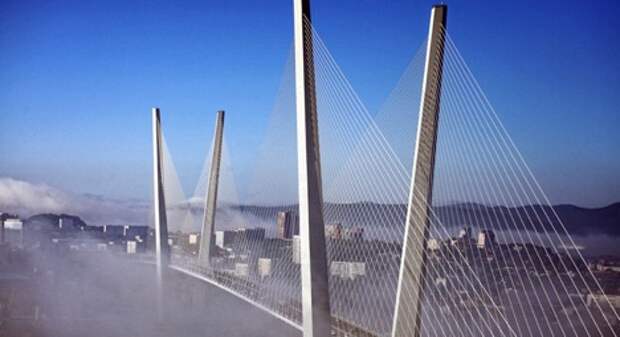 Although Vladivostok is far away from Istanbul, there is also a bay here called the Golden Horn. A Cable-stayed bridge was built across it in 2012, ahead of the APEC summit. However, Vladivostok is more often compared to San Francisco than Istanbul. Soviet leader Nikita Khrushchev even decided to build a cable railway network in the hilly city in order to transform it into “another San Francisco.” However, all efforts to do so ceased after the construction of the cable railway, and Vladivostok was able to retain its unique Sino-Russian culture. 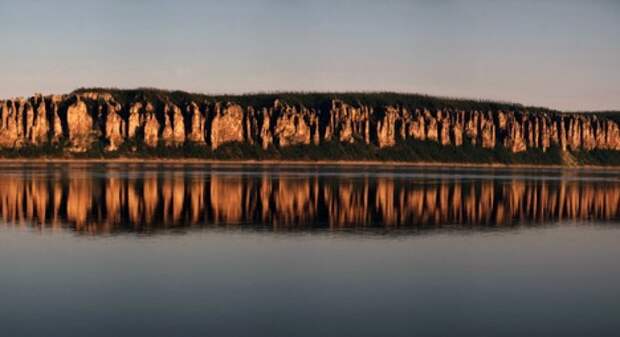 No, this is a different UNESCO World Heritage Site called the Lena Pillars. The unique stone features started to form 540-560 million years ago, and sit on a bed of Cambrian limestone. The forested red sandstone pillars reflect majestically in the calm waters of the Lena River, which also serves as the main way to access them, typically via a small boat from Yakutsk. Although it takes less time to travel from Europe to the Lena Pillars than to the Stone Forest, it is still an exhausting journey which involves flying into Yakutsk, taking a bus to the docks, and then spending a few hours on a boat or a ferry. Not all of the Pillars can be ascended, but there are several observation platforms about 100m (330 feet) above the ground from which one can take in the natural beauty of the Siberian landscape and the mighty river traversing it. 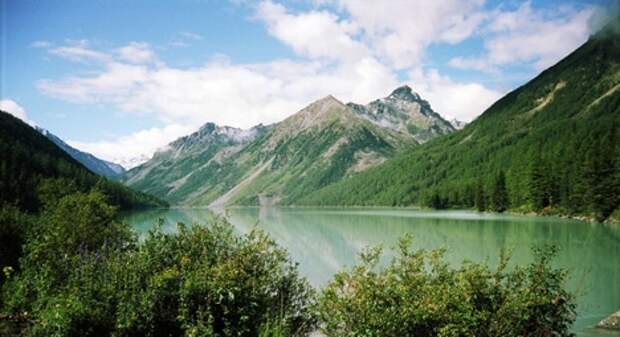 Almost, but 6,500km (4,000 miles) farther east, these are actually the Altai Mountains, located in Southern Siberia on the border with Mongolia. Due to a lack of roads and other infrastructure in the remote mountainous area, the breath-taking Altai Mountains remain one of the most inaccessible places in Russia. The only urban area is the regional capital of Gorno-Altaysk, which has a population of 60,000. The rest of the region’s inhabitants live in villages. Locals say that that the mythical kingdom of Shambhala is located somewhere in the “Russian Tibet.” 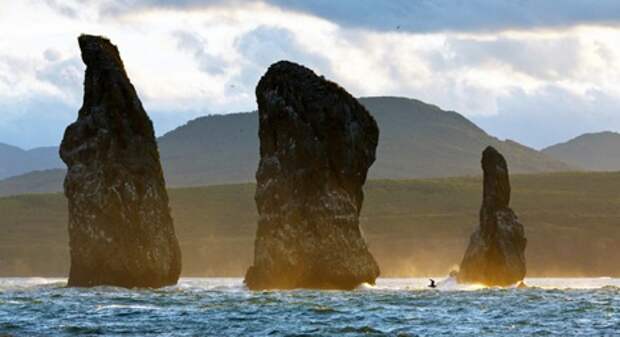 No, this is actually the Avacha Bay, located on the Kamchatka Peninsula. At 24 km long, it is the second largest bay in the world after Port Jackson in Australia. The bay is so large that all the ships in the world could fit into it. The Koryaksky, Avachinsky, and Vilyuchinsky volcanoes can be seen from the waters of the bay. At the entrance to the bay, one can find the Tri Brata, or “Three Brothers”, a rock formation consisting of three adjacent rocks jutting out of the sea. This landmark is considered a natural treasure and is a symbol of the Avacha Bay and the nearby city of Petropavlovsk-Kamchatsky. The Bay is also the main gateway for people and goods arriving on the peninsula, while the rocky cliffs around it contain several enchanting grottos, which can only be accessed by sea kayaks. 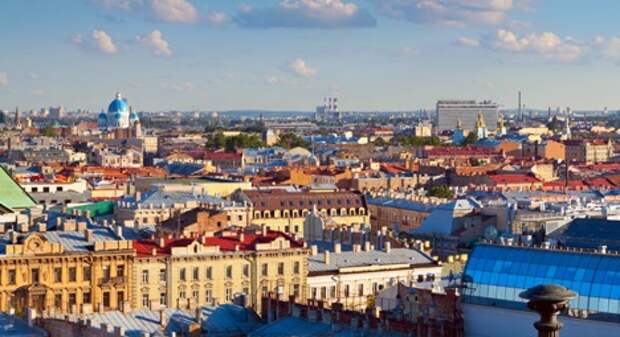 Sometimes St. Petersburg is called the Venice of the North, but that does not make it an Italian city. This city, originally built on a swamp, is the largest port in Russia and has long been Russia’s “window to Europe.” This tourist capital of Russia is known for its drawbridges, long seafronts, romantic white nights during which the sun never fully sets, imperial facades, and its many charming streets, many of which are named after 19th and 20th century Russian writers. 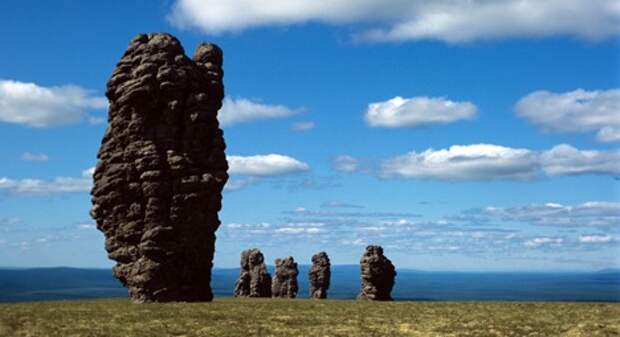 Stone idols are a common sight for the islands of the Indian and Pacific oceans, but not for a subarctic plateau deep in the taiga. The giant stone “idols”, located on the remote Northern Urals Manpupuner plateau in the Komi Republic, are actually naturally occurring rock formations which were carved out by the wind over thousands of years. There are seven of these “idols” which are 30-40m (100-130 feet) tall. The Manpupuner is a common destination for outdoorsmen; it can be accessed via a several-day-long hike, or by helicopter. 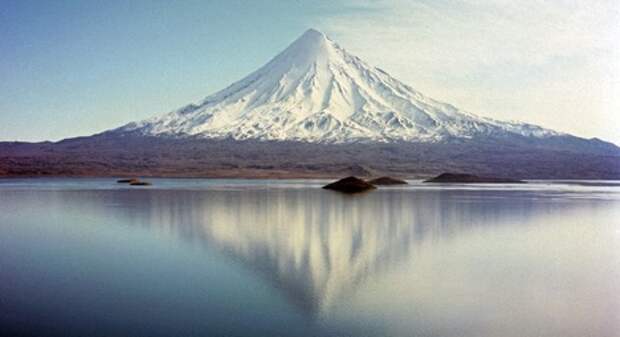 The Kronotsky volcano is located in an eponymous national park on the Kamchatka Peninsula, and may seem almost identical to Mount Fuji to the untrained observer. However, this is not Japan, but Russia. The Kronotsky National Park is one of the oldest natural reserves in Russia. It is home to many geysers and thermal springs, as well as an ocean coastline. The geyser fields at Kronotsky have been officially named one of the Seven Wonders of Russia. It is the only place in Eurasia where geyser fields can be found. Incidentally, these fields are much larger than the ones in Iceland. 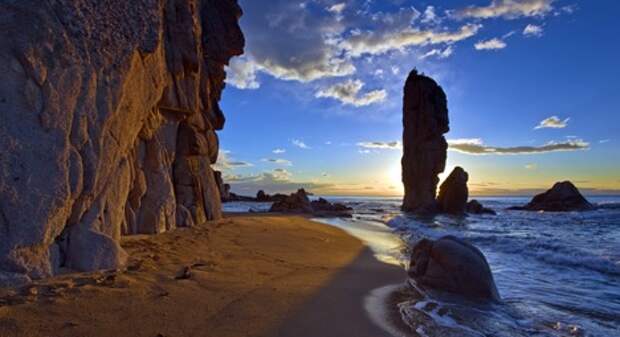 It is probably difficult to mix up Melbourne and Vladivostok, but the coastline of the Sea of Japan could easily be mistaken for the Australian coast. Moneron Island in the Strait of Tartary closely resembles the landscape of the island from the TV series Lost. Many endangered animals, such as the Siberian tiger, can be found in Maritime Territory, or Primorye, as this region is known in Russian. There are many nature reserves here, which are home to a plethora of plant and animal species. The region is also sometimes called Russia’s gateway to Asia, but large swathes of it are remote and inaccessible.