St. Petersburg From Above: photos from a drone

Recently, photographer Amos Chapple spent some time in Saint Petersburg, Russia's second-largest city. He used a small drone to lift his camera high above the cathedrals and fortresses, capturing some amazing aerial photos. Chapple: "There's a legend in Russia that Saint Petersburg was constructed in the blue heavens and lowered in one piece into the marshland, 'for how otherwise could a city so beautiful exist in a region so bleak.'" 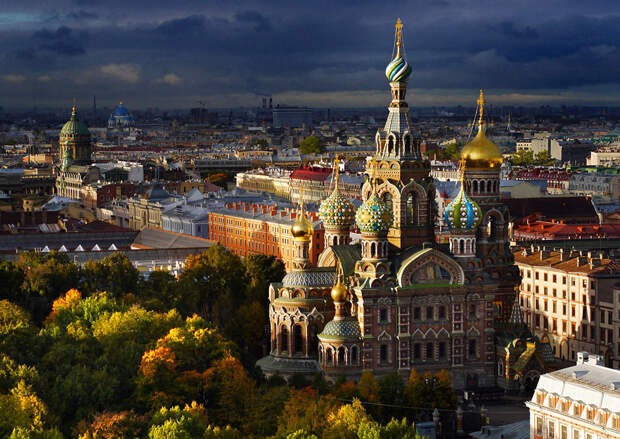 The Church of the Savior on Spilled Blood during a squally autumn morning. The church marks the spot where the reformist Tsar Alexander II was assassinated by a bomb-rolling revolutionary. (Amos Chapple/Rex Features) 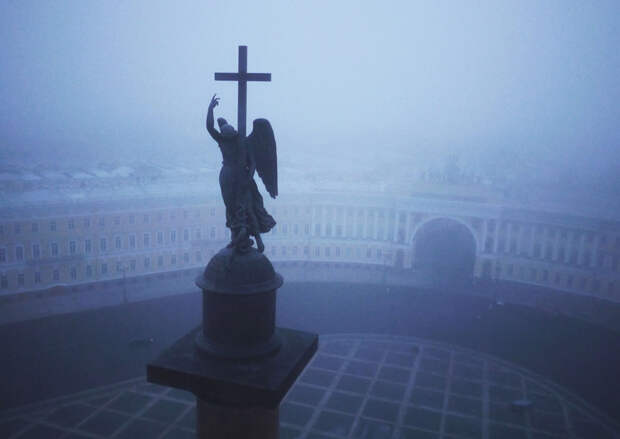 The angel atop the Alexander column. Built after Russia's victory over Napoleon, the column's 600 ton granite trunk was tipped into place by 2,000 soldiers. (Amos Chapple/Rex Features) 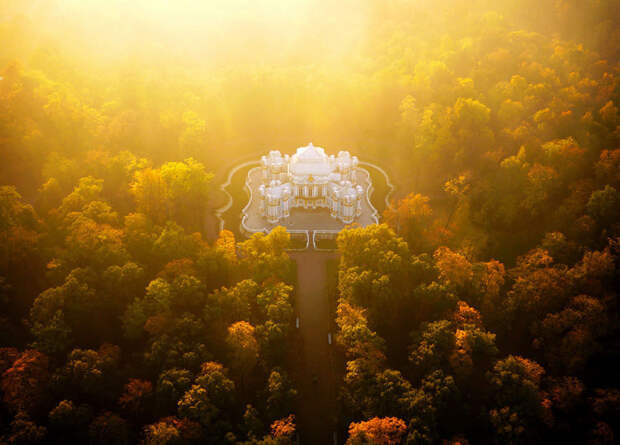 The Hermitage Pavilion wreathed in dawn mist. The little "whipped cream" pavilion was an example of the decadence which would eventually topple the Tsarist autocracy. It was famous for parties where tables laden with food would rise from beneath the floorboards into groups of delighted guests. (Amos Chapple/Rex Features) 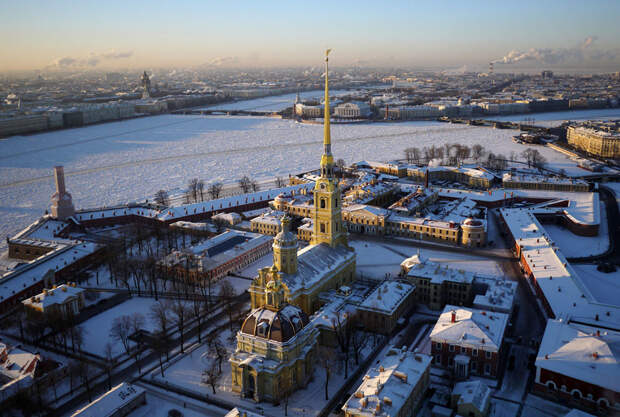 The Peter & Paul Fortress, Saint Petersburg's founding point, juts out into the frozen River Neva. At the time of the fort's construction the islands of the Neva were populated only by a ragtag collection of fishermen's huts. It was deemed "too wild, too wet, too unhealthy" for human habitation, the equivalent of founding a capital city in the upper reaches of Hudson Bay. (Amos Chapple/Rex Features) 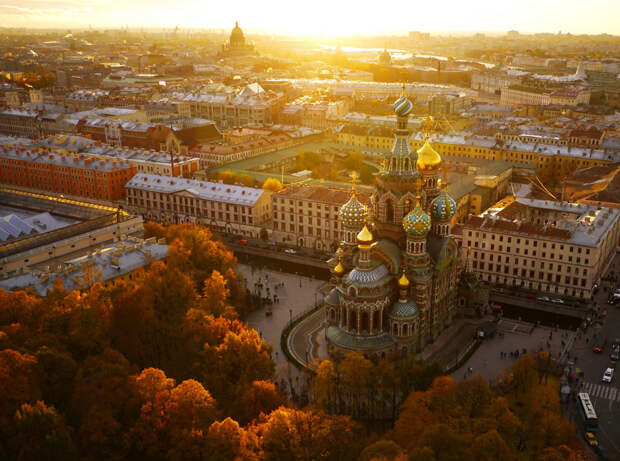 The Church of the Savior on Spilled Blood was built only as an epitaph to the murdered Tsar and wasn't intended for public worship. A patch of the cobbled street on which the Tsar lay mortally wounded is preserved within the old church, now open to the public as a museum. (Amos Chapple/Rex Features) 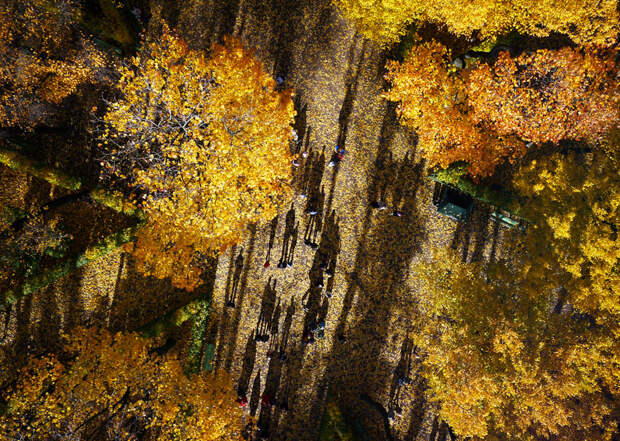 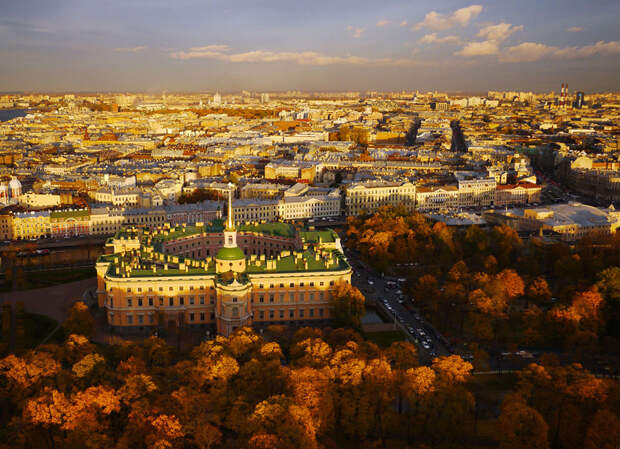 Mikhailovsky Castle, commissioned by Emperor Paul I, whose premonitions of assassination drove him to create the fortified residence. Forty days after moving into the castle he was murdered in his own bedroom in 1801. (Amos Chapple/Rex Features) 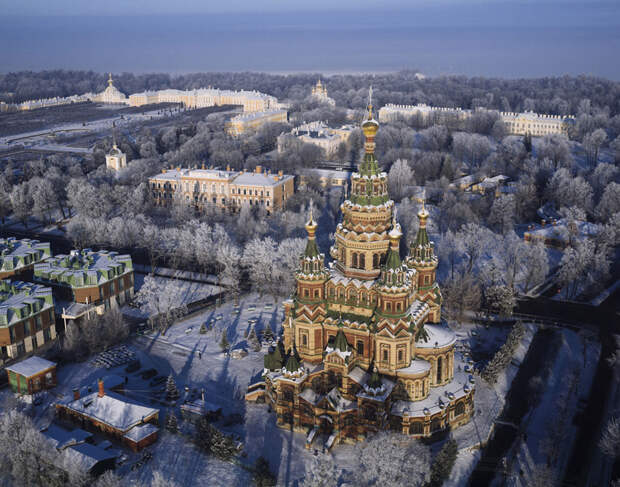 Saints Peter & Paul Cathedral in Peterhof, the palace and gardens in the background. Beyond, the Finnish Gulf is obscured by fog. During World War II, German armies occupied Peterhof, destroying it almost completely on their retreat. (Amos Chapple/Rex Features) 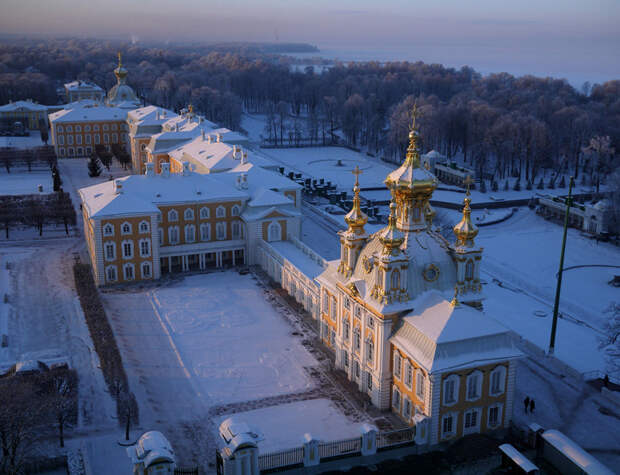 The Palace at Peterhof, perched on a bluff overlooking the sea some 30km (19mi) from central Saint Petersburg. In his later years Peter the Great kept a study in the palace from where he could look out to the distant spires of Saint Petersburg, and the island fortress of Kronstadt guarding his new capital. (Amos Chapple/Rex Features) 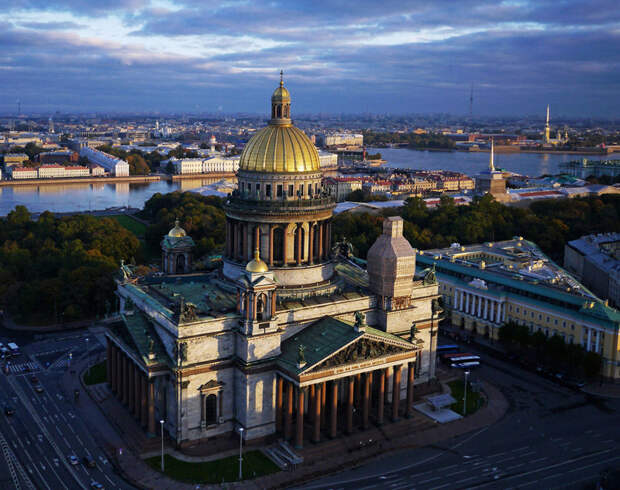 Saint Isaac's Cathedral, partly under renovation. Many Finnish laborers were employed in the Cathedral's troubled 40-year construction, resulting in the Finnish idiom "To build like St. Isaac's" in reference to something taking far longer than it should. (Amos Chapple/Rex Features) 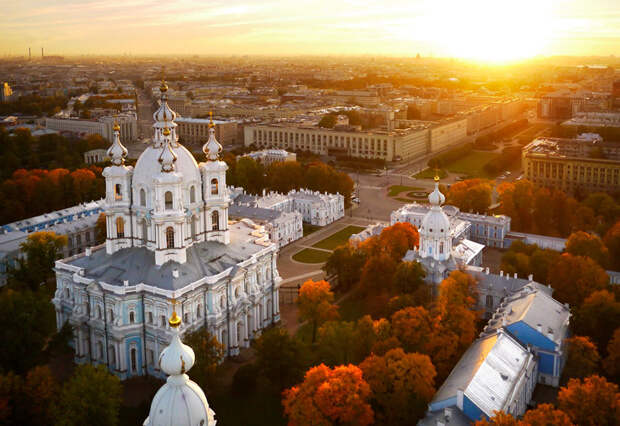 Smolny Convent at sunset. The building once housed a finishing school for Russian noblewomen. Delicate young graduates were known to have "some education.. strictly ceremonious manners" and a "thirst for expressing their feelings." (Amos Chapple/Rex Features) 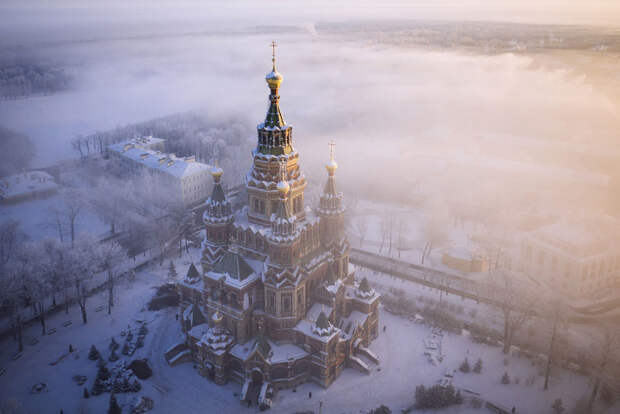